New York’s AG pushes back against a polluting and nontransparent gas industry.

Hooray for the lawyers! (How often do we get to say that?)

New York Attorney General Eric Schneiderman’s office is taking the lead on holding the gas industry accountable — on both national and local fronts.

His office, along with the AGs of six other states, have put the Environmental Protection Agency on notice that they intend to sue the agency for failing to regulate methane emissions of the oil and gas sector.  They charge that the failure is a violation of the Clean Air Act.  Methane is 20 times more powerful than CO2, pound for pound, in its warming effect on the atmosphere over a 100 year period.  There are technologies which can be used to capture some of the leakage, but they are expensive and nobody is making any producers use them, so…..  Read more about it in the Huffington Post here. From the press release, which can be found here. 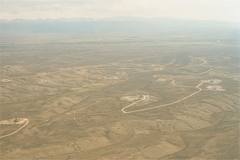 “We simply can’t continue to ignore the evidence of climate change or the catastrophic threat that unabated greenhouse gas pollution poses to our families, our communities and our economy,” Attorney General Schneiderman said. “While it is clear that methane from oil and natural gas development contributes substantially to climate change pollution, regulators have failed to require the industry to use available and cost-effective measures to control these emissions. Today, our coalition is putting EPA on notice that we are prepared to sue to force action on curbing climate change pollution from the oil and gas industry.”

In New York State, the AG’s office has taken notice that there have been some town officials (in the so-called “sacrifice zones”) who voted for pro-fracking resolutions, or who voted against bans or moratoria, who had personally signed gas leases.  The AG’s office has written to at least three of these towns and highlighted the possible conflicts of interest, and has asked them to send a copy of their ethics rules.  Kudos to the Press & Sun-Bulletin for discovering the correspondence via FOIA, the Freedom of Information Act.  The letters can be viewed here. 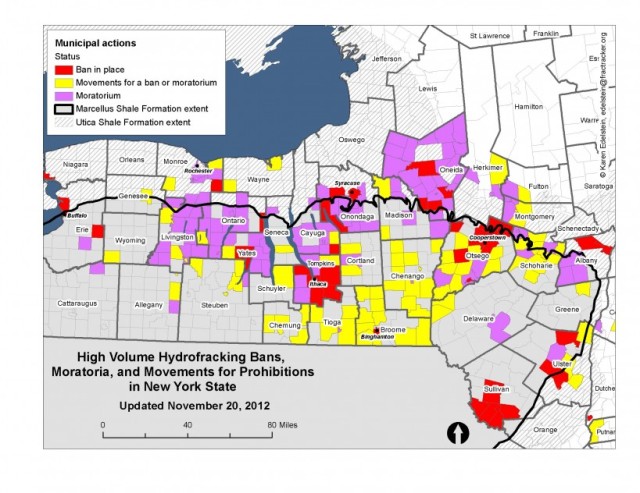 This entry was posted in News. Bookmark the permalink.

1 Response to New York’s AG pushes back against a polluting and nontransparent gas industry.